Spotlight on A THOUSAND UNSPOKEN WORDS by Paulami Dattagupta 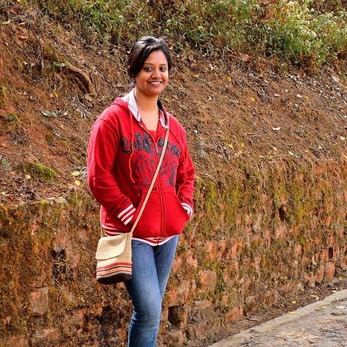 Paulami DuttaGupta is a novelist and screen writer. She shuttles between Kolkata and Shillong. She has worked as a radio artist, copy writer, journalist and a television analyst at various stages of her life, having been associated with AIR Shillong, The Times of India—Guwahati Shillong Plus, ETV Bangla, The Shillong Times, Akash Bangla and Sony Aath.As an author, her short stories have appeared in various anthologies and literary magazines. A Thousand Unspoken Words is her fourth book. Paulami also writes on politics, social issues and cinema. Her articles have appeared in Swarajya, The Forthright and NElive.
Paulami is associated with cinema and her first film, Ri-Homeland of Uncertainty received the National Award for the Best Khasi Film. Her second film Onaatah—Of the Earth is at post production stage and will release in 2016. She is currently working on her third screenplay. A short film tentatively titled ‘Patjhar’ is also in the pipeline.
Paulami is a complete foodie and is almost obsessed with watching one film every day. She also loves reading—political and social commentaries are her favourite genre. Literature classics and books on cricket are also a part of her library, apart from a huge collection of romances. Jane Austen’s fictional character Mr. Darcy is her lifelong companion. She is an ardent fan of Rahul Dravid and has been following all news about him for almost twenty years now.
Stalk her @
Website | Twitter | Facebook

This spotlight is hosted by

#mc_embed_signup{background:#fff; clear:left; font:14px Helvetica,Arial,sans-serif; } /* Add your own MailChimp form style overrides in your site stylesheet or in this style block. We recommend moving this block and the preceding CSS link to the HEAD of your HTML file. */
Join the newsletter of TBC :)
document.write('');
Labels: Indian Author fiction. Paulami Dattagupta

Author Jenny Brigalow's A MAN FOR ALL SEASONS - and a giveaway