EVEN IN DARKNESS by Barbara Stark Nemon With a GIVEAWAY 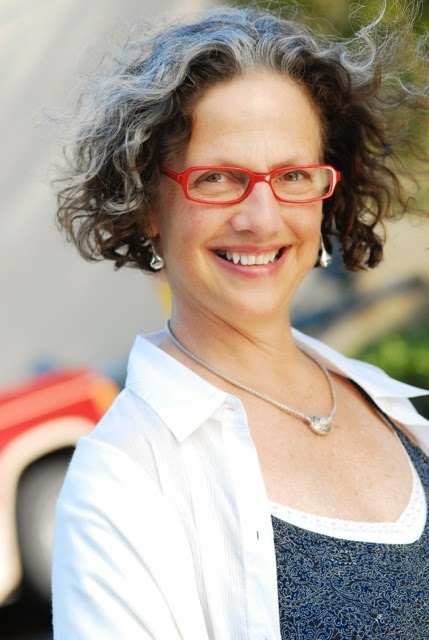 Today, MBB welcomes Barbara Stark Nemon, who has written a historical novel, EVEN IN DARKNESS, set in the Second World War.  She's on a blog tour right now to tell readers what the book is all about.  GIVEAWAY ALERT!   Barbara Stark Nemon has very kindly agreed to give a free copy of the book away to one lucky reader who leaves a comment on this post.

BARBARA STARK NEMON ON THE WEB:


What inspired you to write Even in Darkness?
Even in Darkness is based on the life of my great aunt, who alone among her siblings did not escape Germany during the Holocaust. Her story of survival—the courage and strength she had to remake herself and her life in the face of unspeakable loss—has been an inspiration to me throughout my adult life. Hers is a beautiful story and having come to know it in depth I wanted to share it and create a legacy for her.
You researched the book thoroughly. Did you know from the beginning how extensive your research would become?
Yes and no. I’ve known since one of the visits I made to my great aunt in Germany many years ago, that I wanted to write her story, so I started interviewing her (she was already over 90 years old) and the priest, who is the other main character in this story. I also interviewed my parents and grandparents. I already knew a lot about my grandfather and great aunt’s family from Sunday nights around the dinner table. Then my aunt died, and the priest sent me all her personal papers, including over 50 letters that her son had written to her during and after the war from Palestine, where he had been sent at the age of 12. Those letters deepened and changed what I understood about all their lives in a way I couldn’t have predicted.
Where did you begin your research and where did it lead you?
I traveled to Germany, Belgium, the Czech Republic, and to Israel to trace all the histories and see all the places I learned about in my grandfather’s stories and later, in the trove of personal papers my great aunt left to me. I was able to interview even more people related to this story, walk the streets, photograph the homes, take trains over the same routes to the concentration camp, look out over the hills surrounding the kibbutz where all my characters lived out their lives.  In archives and museums I learned details of births, deaths, marriages, businesses, deportations, displacements, escapes and emigrations. All this knowledge fed my imagination for the parts of the story I didn’t and couldn’t know.
Why did you decide to write a novel rather than a biography or memoir?
The simple answer is, there were too many missing pieces in the story. I didn’t know all the facts, but felt I understood from the point of view of the characters. It was a way to use all the compelling reality of the family story with the immediacy that fiction allows us to maintain. In the first year that I worked on the book, I participated in a wonderful workshop with the author Elizabeth Kostova. I had recently come back from a research/interview trip to Germany with much new information. We worked the story out both ways: as a memoir and as a novel. In the end, I realized I wanted to write a novel, this novel.
Were there any unexpected obstacles you encountered when you began writing Even in Darkness?
I thought I could work full time, finish raising three boys, do volunteer work and write a novel. I had no idea how much I would love the research and the writing, and how much I wanted to devote ALL my time to it!
EVEN IN DARKNESS 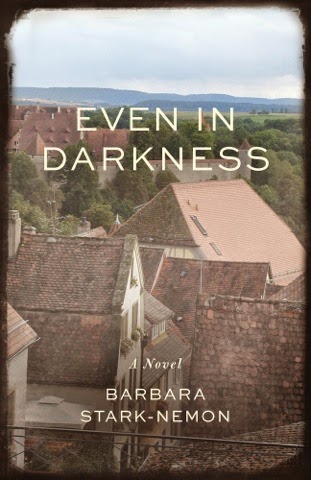 The story begins when Kläre’s only concern is her marriage to Jakob Kohler. But, as Germany erupts into WWI, Kläre must learn to navigate the dangerous place her home has become and then protect her growing family. By 1939, the Nazis have assumed power, and Kläre is trapped in Germany by loyalty to her war-injured husband and aging mother. She arranges escape for her sons, but is then deported to the concentration camp Theresienstadt. Walking the razor edge of death daily, Kläre uses her position as a massage therapist to the commandant to survive and assist other internees. Meanwhile, her children meet danger and desperation in their new lives in Palestine and England. Ansel’s connection to Kläre comes after the loss of his mother and time in an orphanage, and continues through his university studies during the Nazi years, and a harrowing military experience on the Russian front. In the most unlikely circumstances, Kläre and Ansel not only survive, but find renewed meaning in a life with each other. Their relationship transcends the boundaries of generation, religion, and societal expectation, bearing witness to the way in which love, as redemption for pain and suffering, enters our lives in unexpected ways.
Get this book here:  Amazon      B&N
Labels: EVEN IN DARKNESS GIVEAWAY Historical Fiction holocaust Second World War