ANNOUNCEMENT:  The winner of Sally's giveaway of a copy of A CHRISTMAS MOON is CARMEN FALCONE.  Congratulations, Carmen! 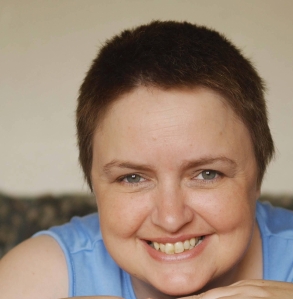 SALLY HAS VERY KINDLY AGREED TO GIVE AWAY ONE COPY OF 'A CHRISTMAS MOON' TO ONE LUCKY COMMENTER.
Find Sally on the web:

It is nearing Christmas, 1901, and Evie Price knows that her family will never move on until her brother Phelan is found. He left home with the wolf men, leaving her mother and father grief stricken and Evie’s life on hold. Evie engages the services of Professor Raphael, a man labelled a charlatan. When Raphael tries to leave her behind, she disguises herself as a young man and takes her pistol and six silver bullets, travelling into deeper and darker territory. With Raphael, she faces dangers and peoples she never knew existed.
Raphael has his own secrets, and, having saved her life twice, is determined Evie will not get into any more danger. But the curse of an old witch is too strong to resist. Raphael and Evie are inextricably drawn together, travelling towards a moonlight meeting that could bring an end to everything, including their growing love for each other.
BUY LINKS:  http://www.bookstrand.com/a-christmas-moon
NB: A CHRISTMAS MOON will be available on Amazon early in the new year.
Labels: 100K in 100 Days Writing Challenge. A CHRISTMAS MOON Author Sally Quilford BookStrand Publishers