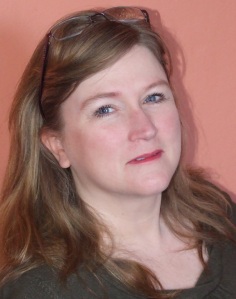 It gives me great pleasure to welcome Irish romance author Sally Clements to MBB today. Sally has been published by the Wild Rose Press and she has also self-published.  She has a book out with Entangled Publishing at the end of this year.   She's here to tell us a little about her new release, RUNAWAY GROOM.


SALLY ON THE WEB:


Sally, what made you become a writer?
Ever since I was a child I’ve loved reading and writing, and I started my first novel thirty years ago. Needless to say, this first manuscript remains unfinished, and long abandoned, but the urge to write has always been a driving force for me. In 2000 I did National Novel Writing Month (Nanowrimo), a challenge to write 50,000 words in 30 days for the first time, and managed to complete an entire novel in 30 days. I’ve done NaNoWriMo a total of ten or eleven times altogether, and it taught me that I could start and finish a book – which was the first lesson that I needed to learn in my path to publication.

What was your first published piece?
My first published piece was a short romantic story for Love Stories Magazine. The day I held the magazine in my hand with my name on the cover and my story (with illustrations!) in the inside was a very proud one for me. My first published novel, Catch Me A Catch was published initially by The Wild Rose Press and was a contender for the Joan Hessayon Award from The Romantic Novelists Association.

Can you tell us a little bit about your main characters in RUNAWAY GROOM and maybe give us a summary of the novel in a Tweet sized sentence?
Matthew Logan has put a long-ago broken engagement behind him, and is focused on nailing a big contract for his advertising agency, Logan Advertising. The last thing he wants or needs is a reminder of the past, but when his ex-fiancée’s sister arrives on his doorstep, he can’t avoid the attraction that flares between them.

Fledgling dress-designer April Leigh is just about to launch her very first collection when disaster strikes. Her only option is to accept help from Matthew, the man who broke her older sister’s heart. She doesn’t want to like him, or learn his side of the story, but to her dismay, she can’t resist!

Tweet sized sentence: Does a runaway groom ever deserve a second chance?

What's next for you?
I have a ‘flirt’ coming out with Entangled Publishing at the end of the year, and I’m currently working on a new story which is a departure from my usual work in that it’s a New Adult romance with Paranormal elements written in alternate first person. I’m really enjoying writing this book! After that, I’m writing a book featuring Matthew’s brother…then another featuring his sister… luckily there are lots of Logans! 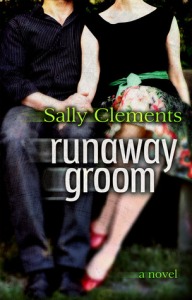 Seven years ago, Matthew Logan ran out on his wedding to June Leigh. Life is good for fledgling dress-designer April Leigh. She couldn’t be happier that her sister has found a new love, and is excited about her veryfirst commission, June’s wedding dress.
On learning June has invited runaway groom Matthew Logan to the wedding, April has to intervene. Matthew’s presence will ruin everything – her father hates him, and just the sight of him in the church might give her mother a heart attack.

Matthew Logan has no intention of going to June’s wedding, but intriguing April’s arrival on his doorstep sparks his interest and he can’t resist getting to know her better. When a disaster forces them together neither can denythe passion that combusts into a red-hot affair. Discovering the truth about the past shifts April’s feelings from lust to love, but bitter experience has taught Matthew to guard his heart.

When it looks as though Matthew will lose her forever, will he fight or flee?

Get it here:  Amazon  Amazon UK

Sally has very kindly agreed to give either a signed paperback copy or an ecopy of RUNAWAY GROOM, so please leave a comment before you go!