Suzanna Ross Talks About her HIDDEN HEARTACHE - and a GIVEAWAY 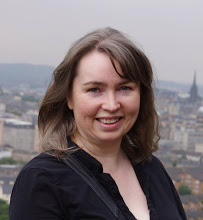 I'm delighted to welcome my friend Suzanna Ross to the blog today, all the way from Scotland..  She's come to tell us a bit about her new novel HIDDEN HEARTACHE.  Suzanne also writes short stories as Suzanne Ross Jones and has been a consistently published short story writer over the years and recently released an anthology of her work, THE BABY OF THE FAMILY..  Her first novel TRUST IN ME was published last year, first in print as a pocket novel and later as an ebook.  Her newest release HIDDEN HEARTACHE also started life as a pocket novel (magazine style book published by a British women's magazine) and is now available as an ebook. .Now, over to Suzanna........


ANNOUNCEMENT:  The BLAZE Anthology by the Minxes of Romance (of which Suzanna is a member) is going free on Amazon 14th to 16th February (not November, as I'd mistakenly printed earlier!!!)   especially for Valentine's Day.  Grab it here!

Suzanna, how did it feel to have your first novel published?
Wonderful. No other word for it. I’d only had short stories and articles published when I sold my first pocket novel. Obviously I was pleased, but I hadn’t expected my reaction on publication to be any different to seeing a short story in print. But, when I saw the cover, I cried. Actual sobbing, with real tears. And a red nose. It was not pretty. The reaction was a little less extreme with my second pocket novel – but
there was lots of celebrating and smiling.

How long did HIDDEN HEARTACHE take from submission to publication?
I wrote Hidden Heartache quite quickly (for me) – the story was ready to be told and I knew exactly where it was going. I sold it quite quickly, too. It took three months for the editor to read the partial and ask for the full. And I emailed the full across just before midnight the same day. The editor got back at 11.30 the next morning to make an offer. That was a great day. I could do with more days like that.

Do you enjoy creating your own world and characters?
I do. I think that has to be the best part of writing. I’ve spent most of my life living inside my own head – and it’s nice to be able to share my inner world and introduce people to characters that, to me, are very real.

This novel is a sweet romance, but how are you with writing love scenes?
My main characters are doctors, so there are discussions about sex that would maybe not be in keeping if they weren’t medical professionals. But I’ve tried to make the actual love scenes in this book emotional, rather than giving descriptions of what’s going physically. Good on anyone who is able to write hot – but it’s not what I want to do. Not for these stories at least. And they wouldn’t be suitable as pocket novels if the love scenes were stronger (note for non-British readers: pocket novels are novels issued by UK magasines MY WEEKLY and PEOPLE'S FRIEND which are in small magazine form and have a shelf life of about 2/4 weeks.  Suzanne's two novels were originally published as pocket novels).

How have the reviews been and how do you feel if a book of yours gets a less than appreciative review?
I haven’t had any feedback at all from readers about Hidden Heartache yet. That, in itself is enough to send me into a paranoid spin. But then I remind myself that the My Weekly editor liked it enough to pay me real money for it – and she knows her readership very well. Reviews for Trust In Me and The Baby of the Family have been few – but good. Though I know you can’t please everyone and I hope, when I do get a bad review, I’ll be able to cope. I realise bad reviews aren’t personal attacks – just an opinion about the book.

Thank you so much for inviting me to visit today to talk about Hidden Heartache.

Readers, Suzanne is giving away a Kindle copy of her earlier novel TRUST IN ME to one lucky commenter, or if the winner prefers, a copy of her short story anthology THE BABY OF THE FAMILY.  So please leave a comment before you go to be in the draw.  Suzanna Ross also writes short stories as Suzanne Ross Jones. 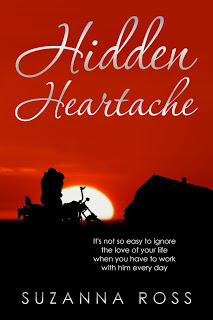 Dr Emma Bradshaw’s life is disrupted when Nick Rudd arrives back in town to take up a post at the GP practice where Emma works. The bad boy attitude is still very much in evidence, but Nick is a doctor now – against the odds – and Emma’s forced to work closely with him. Not so easy to ignore the love of your life when you have to see him on a daily basis. And Nick’s getting perilously close to breaking down the barriers Emma’s built to protect herself from the tragedy in her past.
Nick thought, as a doctor, it would be easy to command respect from the residents of his hometown – and most are pleased to see how well he’s done. But, the one person he wants to impress remains unmoved. Emma is keeping her distance. And she’s changed – the fun loving girl he knew has gone. She’s hiding something big, he’s sure, but she’s not telling. He can’t blame her – he knows he let her down badly in the past. But now he’ll do anything to rekindle the trust and love she once showed him.
BUY LINKS: