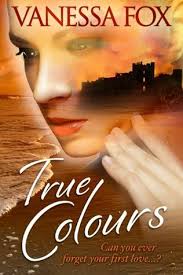 Reviewed by Maria
From my native Ireland comes this enjoyable piece of  romantic intrigue by Vanessa Fox, which is also her debut novel.
Creative and hard working,  Alexandra (Alex) Ryan, an Irish expat,  is home from Spain on a dual purpose visit.  Firstly  to spend time with her beloved father, who's recovering from a serious accident.  Alex has questions about the 'accident' which no-one seems able to answer.  What her father is hiding?  Who is he protecting?   And why?  The second purpose for the visit is to drum up business for her Spanish based interior design company.   A prestigious first assignment with the Spanish Cultural Institute together with  word of mouth recommendations land her yet another lucrative commission.   Ushered into the presence of the boss of a prestigious finance company before she's had time to Google his name, she finds herself face to face with Sebastian Wingfield, the scion of the aristocratic family who own the Anglo-Irish Kilfenora estate where her father had served as gamekeeper until his accident.  Alex remembers how she and Sebastian were passionately involved thirteen years before, until she fled, suddenly and irrevocably, to Spain.
Surprisingly, Sebastian seems to be really mad at Alex for absconding on their love affair all those years ago.   Alex had assumed that he'd be well over it by now.   She cannot deny that she still responds to Sebastian on a very deep level.  Sebastian is about to be married to high society beauty Caroline Audiguet O'Reilly.  Are the engaged couple really as happy as they pretend to be? And who is stalking Sebastian, raking up dirt in the newspapers and generally lurking on the periphery of his life, ready to cause him harm?
As the saga unfolds, within the affluent environs of Dublin and it's wealthy suburbs and within the grandeur of Kilfenora estate, all questions will be duly attended to and answered.  This is the high end of Dublin life, the financial realm, the Embassy belt, the world of the glamorous and the wealthy.  With the imposing, crumbling castle of Kilfenora in the background, much like the nonagenarian Lord Kilfenora himself, old money and new money co-exist harmoniously.  But everything can change in a night.  The old order, where a gamekeeper's daughter wasn't considered good enough for  the son of the Wingfield family can give way to the new.  The foreign returned businesswoman which Alex has now become is more than a match for her old lover.
I found this read kept me hooked to the very end.  No doubt, my enjoyment was enhanced by the fact that I'm Irish, a Dubliner by birth, recognizing and enjoying the details of my native place as I read.  Yet the emotions and questions evoked by the novel are universal.  Love, wealth and deception are common throughout the world.  I think that anyone with a taste for romantic fiction, particularly romantic intrigue, or even just a good old mystery story, would find this an absorbing read.
I look forward to more novels in the future from Vanessa Fox.  This book is available on amazon.com